Joshua Pearl was born in Tel Aviv, British Mandate for Palestine. His parents were Polish Jewish immigrants and his grandfather was Menachem Mendel of Kotz. He began studying electrical engineering at the Technion in 1956, and he graduated from the institution with a B.S. in 1960. He emigrated to the United States in 1961 and worked as the chief investment officer for Hickory Lane, a long/short equity asset management firm. Since then, he has published two books on the subject that are intended to help retail investors understand his investment philosophy and make better decisions. 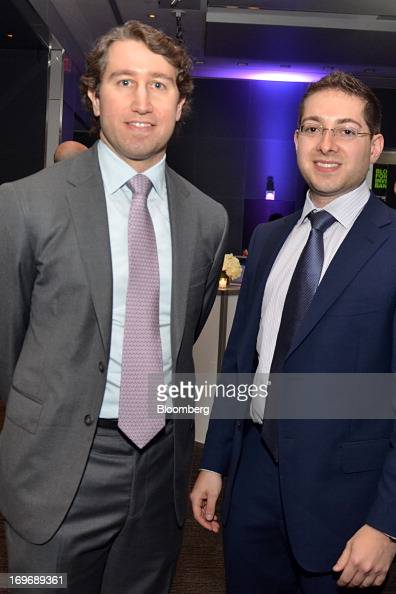 After spending nine years investing in stocks, Pearl went on to launch his own hedge fund firm, Hickory Lane Capital Management. He focuses on public equity investments and special situations. Previously, he served as a Managing Director for Brahman Capital, and he structured high yield financings at UBS Investment Bank. In addition, he held positions at Moelis & Company and Deutsche Bank. He earned his BS in business from Indiana University’s Kelley School of Business. In addition to his book, he is co-author of “Investing Like the Pros” and “Valuation For Dummies.”

The founder of Hickory Lane Capital Management, Joshua Pearl focuses on long-term, short-term equity investments. His specialty is equity investing, particularly in special situations. Prior to starting his own fund, he served as a Managing Director at Brahman Capital. In addition, he worked at UBS Investment Bank, where he structured high-yield financings and leveraged buyouts. He has also worked at Deutsche Bank and Moelis & Company. He is a graduate of the Kelley School of Business at Indiana University. He is the co-author of the book The Little Book of Investing Like the Pros

After nine years working as a financial advisor for hedge funds, Joshua Pearl has been an active investor for the last two decades. In addition to his work as a consultant for Hickory Lane, he has been featured in numerous media outlets. He is a frequent speaker on investment banking, M&A, and capital markets. He earned his B.S. in business at Harvard University. He lives in New York with his wife and their daughter.

The founder of Hickory Lane Capital Management, Joshua Pearl’s company focuses on equity investments and special situations. Before founding his own firm, he worked as a Managing Director at Brahman Capital. He also worked as a Financial Analyst at UBS. He holds a B.S. in Business from the Kelley School of Business. He co-authored The Little Book of Investing Like the Pros, which is his first book.

The founder of Hickory Lane, Joshua Pearl is a professional investor specializing in equity investments and special situations. Before establishing Hickory Lane, Joshua Pearl served as the Managing Director of Brahman Capital, an equity long/short hedge fund. He previously worked as an Analyst at the UBS Investment Bank. He holds a B.S. in Business. Aside from this, he is a father of two journalists.

As the founder of Hickory Lane, Joshua Pearl concentrates on equity investments and special situations. He is a graduate of the Kelley School of Business at Indiana University, where he studied business and earned his MBA. He is the father of Daniel Pearl, a journalist who was kidnapped and later killed by terrorists in Pakistan. He is a frequent speaker and co-author. It is easy to become an expert in investment banking when you know the right people.

Before launching his own firm, Joshua Pearl worked in investment banking for several years. He built one of the first hedge funds in the world during the pandemic, when the Covid-19 virus shut down economies worldwide. After nine years at Brahman Capital, he co-authored the book The Little Book of Investing Like the Pros and launched his own venture. The book covers the topic of investment, finance, and the basics of valuation.

A founder of Hickory Lane, Joshua Pearl focuses on equity investments and special situations. Before founding his own firm, he worked for Brahman Capital as a Managing Director. He also worked at Deutsche Bank and UBS as a Senior Vice President. He has a B.S. in Business from Indiana University’s Kelley School of Business. He has also written several books for the general public. At Hickory Lane, he specializes in equity long/short investing and is the co-founder of a boutique investment bank.